Considering the fact that some American “cuisine” (Oh, those Golden Arches) has become ubiquitous abroad, it’s interesting to learn that there’s a long list of foods that are verboten in other countries.

Dr. Joseph Mercola, an osteopathic physician — or “alternative medicine guru” — based in Illinois, has compiled a list of 10 such foods and suggests that since they’re not permitted elsewhere, we, too, would probably be better off avoiding them.

Flip through for to get an idea of the kinds of foods he warns against. 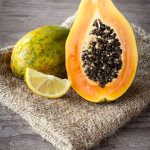 Put the words “genetically engineered” in front of anything — especially fruits, since they’re supposed to be intrinsically healthy — and it pretty much turns you off eating it in the first place.

In this case, Dr. Mercola points out that, “Most Hawaiian papaya is now genetically engineered to be resistant to ringspot virus,” and that studies now show that, “animals fed genetically engineered foods, such as corn and soy, suffer a wide range of maladies, including intestinal damage, multiple-organ damage, massive tumors, birth defects, premature death, and near complete sterility by the third generation of offspring.” As a result, the European Union has banned these papaya from entering any of their countries. 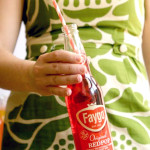 Flame Retardant Drinks Mmmm. Who’s up for a yummy, thirst-quenching flame retardant beverage? Pretty gross and scary to contemplate, right? However, Dr. Mercola says that, “Citrus-flavored sodas and sports drinks sold in the US typically contain a synthetic chemical called brominated vegetable oil (BVO), which was originally patented by chemical companies as a flame retardant.” Imbibing BVO in “large doses” has been shown to cause reproductive and behavioral problems. I, for one, don’t want to “be like Mike” that badly. 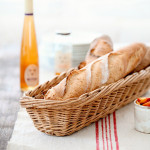 Bread with Potassium Bromide Evidently, potassium bromide is used in commercial baking because it makes the dough stronger and helps it to rise higher. The health hitch? “Studies have linked potassium bromate to kidney and nervous system damage, thyroid problems, gastrointestinal discomfort, and cancer,” says Dr. Mercola and, subsequently, it’s not allowed to be used in Canada, China and the EU. 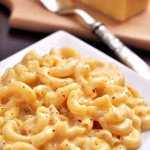 Processed Foods Containing Artificial Colors and Dyesfoodban-10All you have to do is look at the fingers of someone who’s eating a bag of Cheetos Flamin’ Hot “cheese flavored snacks” to know that Mother Nature didn’t have one thing to do with creating them. And, they’re not alone. The U.S. uses more than 3,000 preservatives, flavorings, colorings and more that, according to Dr. Mercola, “are banned in other countries, based on research showing toxicity and hazardous health effects, especially with respect to adverse effects on children’s behavior.” 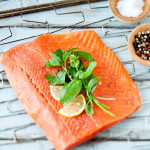 “Eat more fish,” our doctors and umpteen magazine articles always tell us, “fish oil’s great for your health.” Evidently, farm-raised salmon are anything but.

Dr. Mercola says that these fish are, “raised on a wholly unnatural diet of grains along with a concoction of antibiotics and other drugs. This diet leaves the fish with unappetizing grayish flesh, so to compensate, they’re fed synthetic astaxanthin made from petrochemicals, which has not been approved for human consumption.” Yum. Subsequently, farm-raised salmon have been banned Down Under where the Aussies and Kiwis prefer their seafood to come from, well, the sea.

Sometimes advertising agencies produce lame ads (Sit n’ Sleep’s “Your killing me, Larry” comes to mind). Sometimes — as with those his/her couples lubricant spots — they produce provocative/unsavory ones. And, sometimes, just sometimes, they produce simply beautiful, to the point mini-masterpieces

Your morning routine is all about preparing your skin for battle, just like how a good breakfast boosts your energy levels and coping abilities…