The Dominique Ansel Bakery that created — and trademarked — the pop culture phenomenon that is the “cronut” (a croissant-donut hybrid, in case you missed the recent craze) happens to be five blocks from my apartment in New York City. Sadly, that doesn’t make me any more likely to get one. There’s no preferential treatment for neighbors. Heck, there’s no preferential treatment for celebrities. (Rumor has it that Hugh Jackman had to wait on line for more than two hours for his cronuts.) 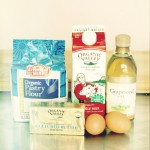 I Start With Made-from-Scratch Intentions

I bought all the ingredients to make croissant dough. Then, I read the recipes — and apparently croissants are really hard to make, take 24 hours to set, and don’t actually fry very well. 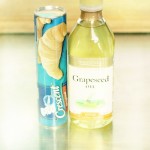 I found a Pillsbury cronut hack on foodbeast.com. I booked it to the store and bought myself a tube of crescent dough. 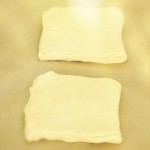 Time to Turn the Dough into Donuts

Following the instructions, I separated the dough into four rectangles, and I layered two on top of each other. Then, I folded those over to create a nice “stack” of dough. Sadly, I don’t own a donut cutter (do you?), so I improvised and used a glass to cut the donut shape and a cap to cut the hole in the middle.

Note: The entire tube of crescent rolls is 800 calories. So, if you subtract the excess, I’m guessing each donut is about 300 calories — and that’s pre-fry, pre-filling, and pre-glaze. Ugh. 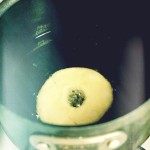 I read somewhere that the real cronuts are fried in grapeseed oil, so that’s what I used. I don’t own an oil thermometer, so I guessed on the temp — and tried not to burn my two precious cronuts.

I made my own pastry cream. I felt like I had to go the extra mile here considering my cheat using dough from a tube.

I also made a simple glaze with a little maple syrup and powdered sugar. (The real cronuts come with a maple-lemon glaze for the month of June 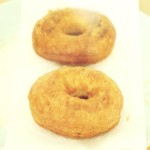 Fresh From the Fryer 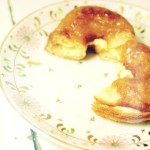 On a scale of one to 10, I’d give my imitation cronuts a six. They weren’t as light as I hoped — probably because my oil wasn’t the right temperature, so they didn’t get to cook long enough.

Still, they were delicious. So delicious, in fact, that I ate an entire one and plowed through a good portion of the second … until I felt seriously ill.

Cronuts may be all the rage, but they’re also a sugar and fat bomb that I’m not sure anyone should actually eat. I’ll be having salad for dinner.

I’ve been frustrated by my cellulite forever. So when I heard about this new booty mask that women are swearing helped reduce their cellulite, I got curious….