As individuals age, many health conditions become the major complaints. These often reduce their activity on day-to-day tasks and prevent them from enjoying to the fullest.

Most common health conditions are inflammatory diseases and fatigue. These has been major topics for researchers for years and in constant search later discovered diets that might help in reducing their risk.

It was formerly perceived that low fat diet can enhance health conditions than low carb diets. However, it was found out that following the low carbohydrate diet plana actually manifests acute, positive changes in the fatty acid composition and inflammation. Whereas the low fat diet reveals an increase in saturated fat in the circulation, implying that it can risk the metabolic system and overall health.

Such results surprised researchers. Imagine, that was what they believed for the longest time and suddenly they learned low fat diet is not that beneficial compared to low carb. This further reinforced new research about low-carb versus low-fat diet plans which later on revealed that low-carb approach enhances each part of metabolic syndrome. 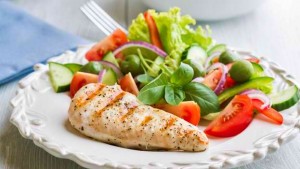 The usual advice patients get from their doctors is to significantly cut down fats from their daily consumption but since low carb is now considered to be better in terms of its effect on a person’s health condition, they advise this now to reduce the diseases that often come with aging.

There are many benefits. For example, of the many diseases, one that can be avoidable through the low carb approach is “hyperinsulinemia”. This causes diabetes and obesity. Also, it improves blood lipids or cholesterol, eliminates unwanted pounds and stimulates insulin secretion.

If this fascinates you and want to achieve the same benefits most especially when you are having signs of metabolic syndrome, ask your healthcare provider about the low carb approach. A blood test will initially be done to check if you can suit the approach.

Your morning routine is all about preparing your skin for battle, just like how a good breakfast boosts your energy levels and coping abilities…