“Let thy food be thy medicine, and thy medicine be thy food.” So said Hippocrates, the father of modern medicine. With this list of superfoods, you can toss the contents of your medicine cabinet entirely, and rely on your kitchen pantry instead. 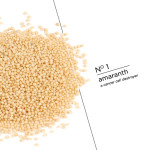 Amaranth: The Cancer-Destroying Super Seed What it is:

The gluten-free, grain-like seed you haven’t tried. Similar in texture to quinoa, amaranth has an earthy, nutty flavor. Although it looks and tastes a lot like a grain, amaranth is actually the seed of a vibrant red flower — pretty is as pretty does, right?

Have a family history of cancer? Amaranth is plentiful in lysine, an amino acid that has been shown to cause cancer cells to destroy themselves. A seed that causes cancer to self-destruct? Essential amino acid, indeed. If you’re a gym rat, bulk up with amaranth instead of a protein shake — there are 8 grams of protein in one serving (about 1/4 cup) of amaranth. If you’re looking for a fiber source, toss the prunes in favor of one serving of amaranth, which contains 7 grams of fiber. 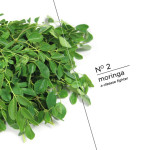 Moringa: The Tree That Fights Disease For You What It Is:

A tree native to the foothills of the Himalayas and cultivated in South America and Africa. The tiny leaves are typically ground and consumed in tablet or powder form.

This little plant contains 46 different antioxidants, which help fight, oh, every disease ever. Moringa was recently named the most antioxidant-potent source on earth in a study by Brunswick Laboratories. Antioxidants help fight free radicals — damaged cells — and help prevent cancer, heart disease, diabetes and even (gasp!) aging. In a gram-by-gram comparison, moringa leaves contain seven times the vitamin C of an orange, four times the calcium of a glass of milk, four times the vitamin A of a carrot and three times the potassium of a banana. 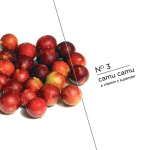 Camu Camu: The Edible Anti-Aging Superstar What It Is:

A small, cherry-like fruit from a tree native to Peru and Brazil.

Oranges ain’t got nothin’ on this little berry’s vitamin C content. The tiny fruit packs the highest recorded amount of natural vitamin C known on the planet. A one-teaspoon serving of camu camu powder contains 1180 percent of the recommended daily dose of vitamin C — you’d have to eat 16 oranges for the same amount! Vitamin C supports immune health, and keeps colds from progressing to serious conditions like pneumonia. Besides keeping your sniffles under control, vitamin C is also one of the vitamins that make you look pretty. 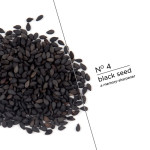 Black Seed: Nibble Your Way to a Sudoku Championship What It Is:

Black seed, a.k.a. black cumin, is found on a flower native to south Asia. It’s used as a spice and medicinally in Asia and the Middle East.

According to a recent study, these jet-colored gems have memory-sharpening properties. After taking a dose of pure ground black seed powder for nine weeks, a group of men in their 50s did substantially better on tests of memory, cognition and attention than the placebo-popping control group. Black seed has also been shown to reduce seizures in epileptic children, reduce symptoms of chemical weapons injuries, MRSA and asthma, allergies and arthritis, and suppress colon cancer. Chew on that, chia seeds. No, seriously, you should be chewing on these.

Buffaloberry: Reverse Tanning Bed Damage What It Is: 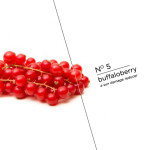 Buffaloberries contain high levels of lycopene, the antioxidant that makes tomatoes red. Lycopene has long been associated with lowering the risk of lung, stomach and prostate cancer. Besides being easier to pronounce than acai and doing a solid for your insides, lycopene helps your outside, too. It’s been shown to reduce sun damage by UV rays by whopping 30 percent in a three-month span. Anything that reverses skin damage and prevents cancer that is also edible seems like, um, a berry good idea.

How to Eat It:

If you’re in the Dakotas, you can probably throw open your front door, step out onto the prairie and pick yourself a whole bushel o’ berries, but other regions aren’t so lucky. Buffaloberry isn’t widely available yet, but, given its anti-all-the-bad-things properties, the dried version of the berry should be coming soon to a Whole Foods near you.

Salt is so in right now — as in, in everything you eat. As any healthcare professional will tell you, our sodium intake is…